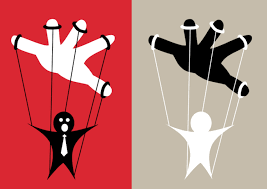 We make a choice or decision based upon information. What if that information would have been heavily influenced, how?

(A disclaimer, I feel that is needed for this piece. I’m neither for the democrats or for the republicans. I just like to look at the work methods.

For example de-ranking certain websites, articles, authors, journalist. We have already seen this on social media platforms, a lot of people get banned from Twitter for example.

Obama’s campaign kind of started with data-mining. The media hardly took notice or reported it. Obama was by far the preferred candidate (of the media).

In essence the Trump campaign did the same thing with cambridge analytica as the Obama campaign had done with The Groundwork. So why is this so important? We know that our choices are being influenced, its called marketing. Still, many people have no idea about the depths and enormous (unethical) technological (dis)advantages. Most of you will tune out if you hear the word ‘ML Fairness’ but in essence that is one of the most important words within Google and Facebook.

Too keep it as simple as possible, just watch the video below. The video comes from project Veritas. Their mission is this

Investigate and expose corruption, dishonesty, self-dealing, waste, fraud, and other misconduct in both public and private institutions in order to achieve a more ethical and transparent society.

So yes, I would say; we are being heavily influenced. Maybe to a lesser degree if you don’t use a computer, laptop and or smartphone of any sorts..

For me personally, I will keep using Google but with certain details in mind. I just like to know what is happening and since Google is one of the biggest companies. Maybe one of the most important news providers in the world, it’s just good to know.