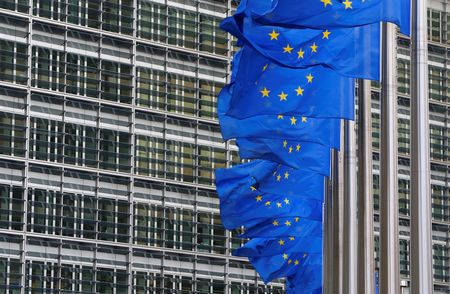 I’m not against the EU, let that be clear. But some mayor aspects could definitely be better.

First, transparency and budgetary problems are a huge problem with the EU. For example the travelling move from Brussels to France once a month €140,000,000 , insanity.

Then we have transparency. Many investigative journalist (ftm.nl for example) try to look at the money flows of the EU, it is taxpayer money. Let’s just say EU members and it’s financials are the worst to track down.

Then their issues (just a few), fair wages for the gig economy. Seriously, have they looked at the language and numbers of the filings form from the SEC. Take Uber for example with advisor Neelie Kroes, worst choice ever from her.

”We may not achieve profitability”, straight from Ubers S1 filing 😂 😭 , good luck negotiating a fair wage and social benefits. The worst thing actually is, Uber is not the only one, sadly.

How about custom fees and tariffs other such things? Just check out Moore Law, technology is so rapidly evolving that this becomes an invalid point. There will be no delays, this becomes even more clear with AI.

Let’s go somewhat deeper into privacy aspects and touch on a morality issue. You all know captcha from google, to verify if you are a human. There is an entirely different reason why these (re) captcha’s exist 😉 .

Obviously their are many more subjects of which I just don’t know anything. My answer, a smaller EU would be better, restructure. Put people into place whom actually know from experience what they are doing and talking about. On the privacy and tech issue, pick someone from the EFF.

Let countries get out, if they want to (even while I’m writing this, I’m starting to think how naive this sounds). Put measures in place against lobbyist. Brexit is the best worst example. Sadly, exiting the EU needs to hurt as much pain as possible, at least that is the impression I’m getting. The EU has become a idealogical project. We are becoming too much like the American system; big, bigger and biggest.