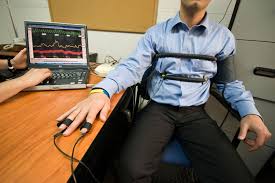 Psychology has always been a healthy passion of mine. I’m just fascinated how the human mind and body function during certain times. For example during interrogations with the popular polygraphs. But are these polygraphs actually accurate?

So let go to the interesting part. According to professionals:

Some confusion about polygraph test accuracy arises because they are used for different purposes, and for each context somewhat different theory and research is applicable. Thus, for example, virtually no research assesses the type of test and procedure used to screen individuals for jobs and security clearances. Most research has focused on specific incident testing. The cumulative research evidence suggests that CQTs detect deception better than chance, but with significant error rates, both of misclassifying innocent subjects (false positives) and failing to detect guilty individuals (false negatives).

So what does false negatives mean in simple terms: innocent people can fail a lie detector or polygraph if they feel an increase in any emotion; anger, fear, sexual arousal (attractive person who asks the question(s)), not just guilt.

The funny aspect is, that these polygraphs actually are being used in popular culture on internet tv programs to test relationships to determine the actual truth for answers that have been given to certain questions. So imagine my laughter and mindless watching on YouTube when I see that society’s popular people are being put to test and at times are being crucified for giving answers that have been deemed untrue by a system that is, according to professionals in this field:

Most psychologists and other scientists agree that there is little basis for the validity of polygraph tests. Courts, including the United States Supreme Court (cf. U.S. v. Scheffer, 1998 in which Dr.’s Saxe’s research on polygraph fallibility was cited), have repeatedly rejected the use of polygraph evidence because of its inherent unreliability.

All the things some media companies do to get ratings. Look, I can’t blame the students and starters whom are presenters in these programs, they are just trying to earn a living and become socially more accepted and respected by signing up with these companies. A solution would be to replace the polygraph for a person or machine who can identify micro expressions.